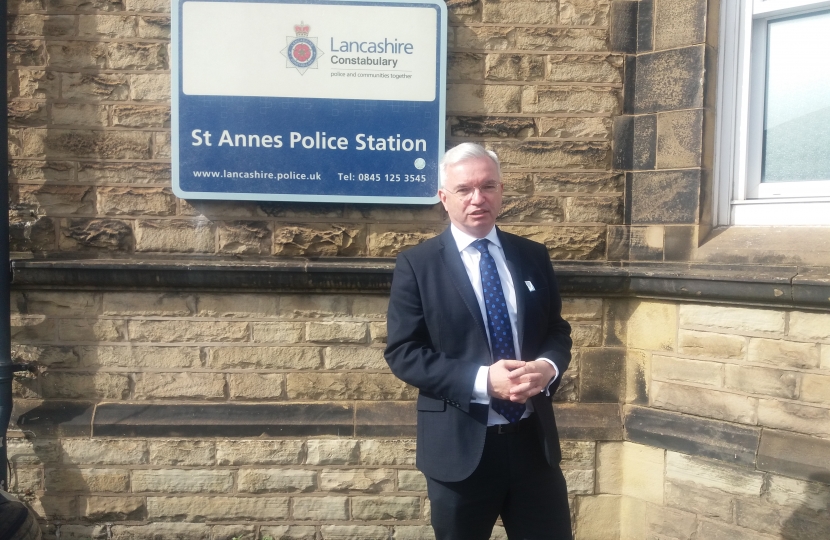 Fylde MP Mark Menzies has given his support to a raft of measures to give police extra powers, recruit more officers, and stop criminals from reoffending.

The recruitment drive to hire an extra 20,000 police officers in the next three years has already begun with the launch of a national recruitment campaign, overseen by a new National Policing Board and backed by £750 million next year I’m really pleased the Prime Minister announced these extra officers after we got the nation’s finances back under control.

Mr Menzies said: “I understand Lancashire is already getting some 200 extra officers and now I want to secure as many extra officers from the additional 20,000 as possible for Lancashire and, specifically, the Fylde coast.

“I’m also pleased to see Chief Constables given the funding, should they desire, to equip more officers with tasers.

“It is important for them to know that support is there should they need it, and the equipment available for officers to protect themselves and the public.”

The additional £10 million fund is available for the next 12 months and could equip a further 10,000 officers with tasers – meaning around 60 per cent of police officers could carry them.

In recent weeks, several officers have been attacked while simply doing their jobs – with one even losing his life in the line of duty. Officers were attacked more than 30,000 times last year, with 10,000 of those attacks causing injuries.

Mr Menzies added: “The Home Secretary and Prime Minister are clear; this must stop and we have their backs. The extra officers are on the way, and funding is there for vital kit, should it be needed.

“Let’s not forget Labour voted against making an additional £970 million available to the police this year – not one of them voted for the funding package. They would  also only provide an additional 10,000 more police officers, half the amount we are delivering.

“Labour also opposed stronger stop and search powers and Knife Crime Prevention Orders – these are vital measures the police can use to prevent and reduce serious violent crimes in targeted areas.”