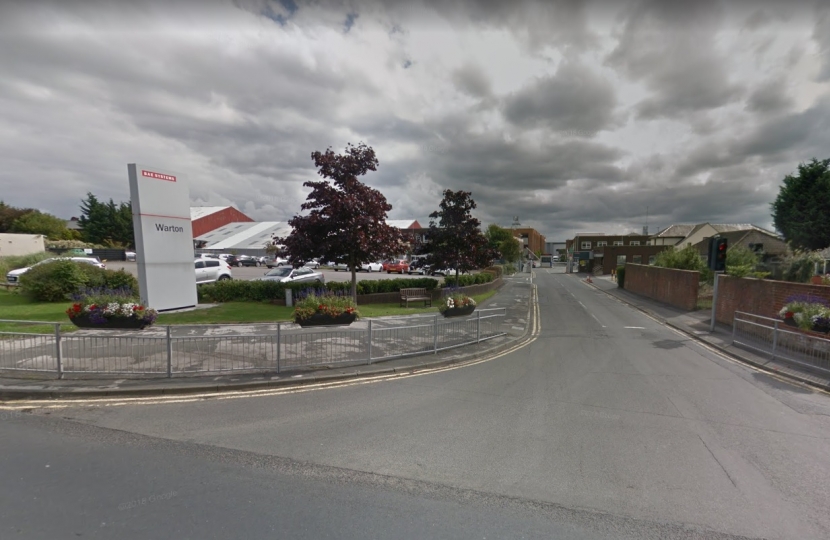 Fylde MP Mark Menzies has urged the Government to press ahead with its future fighter programme, to help protect existing, and create new jobs at BAE Systems’ Warton plant.

Mr Menzies wrote to the Secretary of State for Defence to ask what progress his Department has made on the future fighter programme.

Parliamentary Under-Secretary of State for Defence Stuart Andrew, told him: “Since the announcement of the Combat Air Strategy at the Farnborough Airshow in July, the Ministry of Defence has established a team, based in Head Office to lead the acquisition of next generation Combat Air capability.

“This team has achieved the first major milestone laid out in Strategy - delivery of the Strategic Outline (Business) Case by the end of 2018. In parallel, the team has established new fora to explore and understand opportunities for collaboration on next generation Combat Air capability with international partners.

Mr Menzies also asked what steps the Government was taking at present to support exports in the aerospace industry.

The minister replied: “The Ministry of Defence and other Government Departments continue to work closely with the UK aerospace industry to champion our world leading industrial base overseas and to identify new opportunities for export and long-term capability collaboration.”

Mr Menzies said: “I am pleased to see the Government pressing ahead with the future fighter programme.

“The skilled workforce at Warton, and in support businesses across Lancashire, helped create the greatest fighter plane in the world in the Typhoon.

“They are also building the tail section of the new F35 at Warton and Samlesbury, and I want the Government to ensure we continue building the best aircraft in the world.

“The future fighter programme will protect jobs, protect our skills base, and ensure we have the capability to continue building world-leading aircraft.”