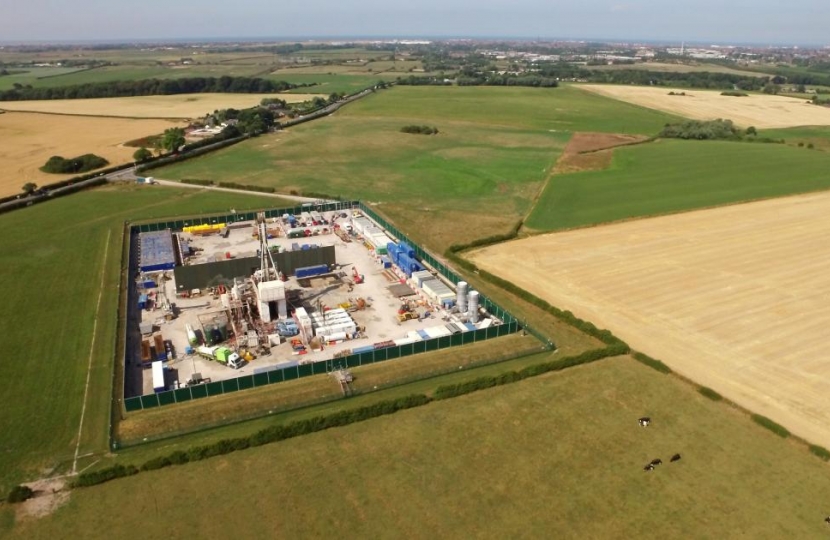 MP Mark Menzies insists there must be no return of fracking in Fylde.

All exploration using the controversial technique was halted in the UK two-years-ago when the Government issued a moratorium following earthquakes which rocked the Fylde Coast.

But rising gas prices have reignited enthusiasm for UK onshore gas production with industry body The UK Onshore Oil and Gas group stating that fracking for gas in places like Fylde would give the UK a smaller carbon footprint than from importing gas from abroad.

"The door is not only closed to fracking in Fylde, it is very firmly bolted."

Mr Menzies today made clear fracking companies were not welcome back on the Lancashire coast.

He said: “The door is not only closed to fracking in Fylde, it is very firmly bolted.

“The activities of the past 10 years have demonstrated that because of the considerable seismic activity generated by fracking in Fylde this area is clearly not suitable.

“I will stand up against any return of fracking in Fylde.”

During exploration by Cuadrilla communities in Fylde experienced a series of quakes, measuring up to 2.9 on the Richter scale.

Mr Menzies hit back at suggestions the thresholds to halt works were set too low.

He said: “Industry approved the standards, industry failed to keep to them.

“There should be no attempt to justify or legitimise fracking in Fylde simply by moving the goalposts.”

Mr Menzies acknowledged the pressure on energy supplies but insisted there are cleaner, more sustainable options for the UK.

He said: “The Government is putting nuclear power at the heart of its green energy plans.

“With Fylde at the heart of the UK nuclear fuels manufacturing industry, we can deliver clean, reliable energy and boost our local economy by delivering a new generation of nuclear power stations.”

Fylde MP Mark Menzies believes support for pubs, restaurants, cafes and hotels is vital as venues face a flurry of cancellations in the face of the Omicron variant.