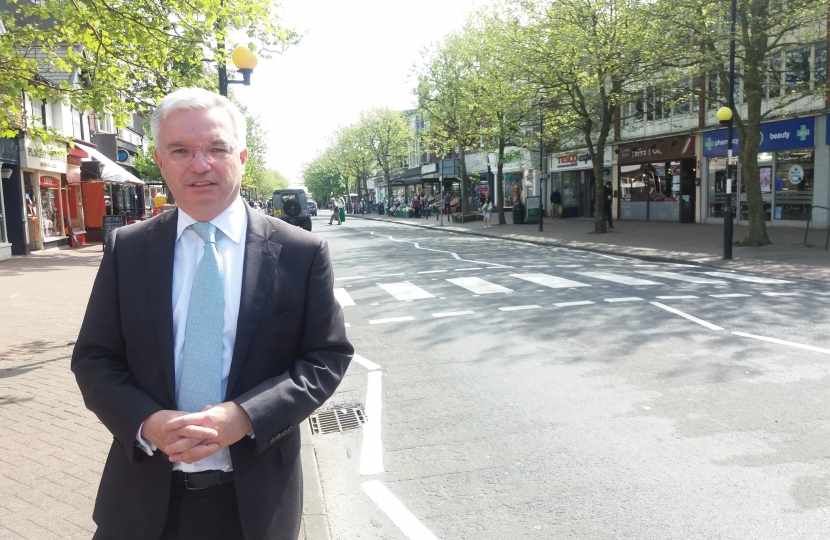 County engineers will resurface Clifton Street, between Station Road and Park Street, from June 25 to July 12.

The road will remain open to all traffic during the day, closing between 6pm and 6am for work to continue each night.

County officers confirmed the date to Fylde MP Mark Menzies after he wrote three times to the authority demanding action be taken over the crumbling road surface.

Mr Menzies said: "I'm really pleased to see Lancashire County Council finally listen to the calls I have been making about the state of Clifton Street.

"The temporary repairs were exactly that - temporary, and lasted only a brief amount of time.

"I wrote to shopkeepers along the road to say I would not stand for any more temporary repairs, and I am glad to see county engineers now agree the road needs resurfacing."

Phil Durnell, head of highways at the county council, wrote to Mr Menzies to say: "Thank you for your letters of 19 December 2017, 22 January 2018 and 3 May 2018 about the road condition on Clifton Street, Lytham.

"I would like to assure you that maintenance of the highway network, so users can use the county's network safely, is an ongoing priority for the county council.

"We do acknowledge that the road surface on Clifton Street is in poor condition. We have continued to monitor this road and repair any defects which met our intervention levels, to help keep the road in a safe and serviceable condition."

Mr Durnell explained the resurfacing works were planned in earlier - but were changed to avoid any clashwith the town's Club Day celebrations.

He added: "We had planned to resurface Clifton Street, from its junction with Station Road to its junction with Park Street, with work scheduled to start on 18 June 2018. However, we are now in the process of rescheduling this work as it would have clashed with Lytham Club Day."

The promise was made to have the street resurfaced by the start of the Women's British Open on August 2, and the authority has confirmed the work will now take place starting June 25.