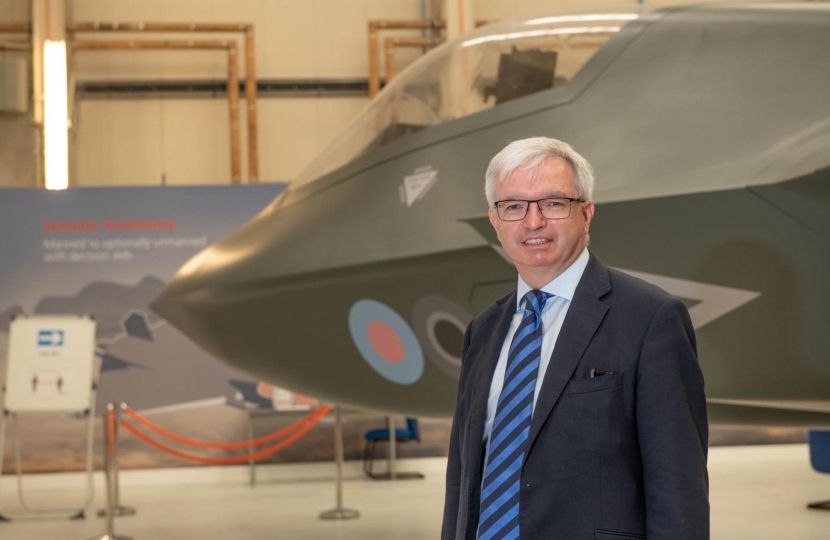 Warton’s BAE Systems site plays a key role in the future defence needs of the country – and its Tempest project will lead the way.

That was the message from defence minister Jeremy Quin after Fylde MP Mark Menzies pressed the Government to fully support Tempest, its sixth-generation fighter aircraft programme.

Speaking during Defence Questions in the House of Commons, Mr Menzies said: “The BAE Systems site at Warton in my constituency employs over 6,000 people, serving as a source of high-skilled employment and plays a critical role in UK defence capability.

“With the Team Tempest project reaching its critical phase, does my right hon. Friend agree that this project must be at the heart of the Government’s defence plans and must be provided with the backing it needs to give it certainty in future?”

Defence minister Jeremy Quin told him: “Warton plays a key role in the UK’s combat air sector and Tempest is the future of that sector. With over 1,800 highly-skilled engineers and programmers already involved going up to 2,500 next year.

“As the PM has made clear, this Government has committed to invest in the future of our combat air strategy.”