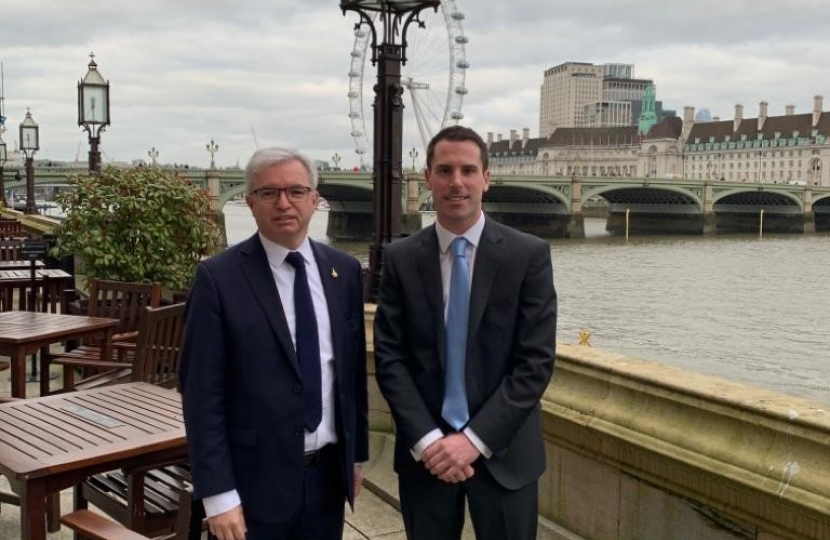 Fylde MP Mark Menzies and Blackpool South MP Scott Benton have written a joint letter to the Secretary of State for Transport to ask for funding to double rail services on the South Fylde line.

The two MPS wrote to Grant Shapps, following the announcement of a £500 million fund to examine bringing disused railway lines back into use.

In the 1980s, the South Fylde railway line lost its second track, rendering the line a ‘long siding’ which only allows for one rail service per hour.

The letter states: “Here we have a rail line which lost its second track, and the ability to run any semblance of a decent timetable

“This line serves the towns of Kirkham, Lytham and St Annes in Fylde, and also two of the biggest tourism attractions in the UK in Blackpool South – Blackpool Pleasure Beach and Blackpool Sandcastle Waterpark. The Pleasure Beach alone can attract in excess of five million visitors per year, and the Sandcastle – Europe’s largest indoor waterpark – more than 300,000.

“We have met with Transport For The North and they tell us they have a minimum requirement for two services per hour on all rail lines; we need to secure funding for a passing loop to allow more than one service at a time to be on the South Fylde line.”

Mr Menzies said: “I have fought for a passing loop on this line ever since I was elected. It was wonderful to hear Transport For The North state we will see at least double the services on the line in future – now perhaps we have a funding mechanism to move the project on.”

And Mr Benton added: “It is ridiculous to have such a poor railway line into Blackpool South and the Pleasure Beach in particular. If we had a decent timetable and reliability, we could actually market the Pleasure Beach and rail tickets together – I’m sure it would give residents a much better service to use, and also bring in significant revenues for the rail companies.”