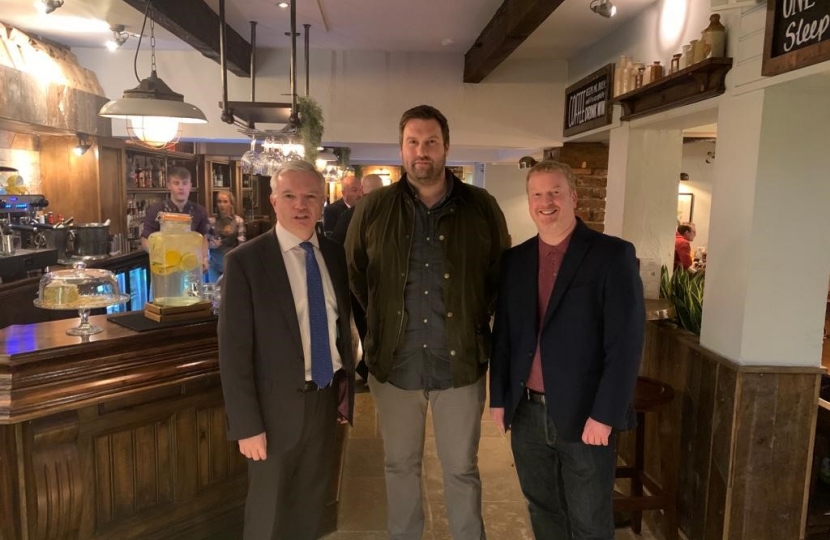 Fylde MP Mark Menzies has written to the Government to ask for a cut in beer duty.

Mr Menzies wrote to Chancellor Sajid Javid in support of the Long Live The Local campaign, aimed at supporting the pub trade.

Mr Menzies said: “The pub is a great British institution and we have some wonderful pubs on the Fylde coast. We want to keep them.

“We have recently seen some great investment in our pubs – but we must also take action to help landlords and pub owners reinvest in other premises, by reducing the amount of money the Treasury takes from them.

“The UK brewing industry generates some £23 billion towards our gross domestic product each year, with each pub boosting the local economy on average by £100,000.

“Losing pubs will damage the wider economy, and it makes financial sense to alleviate some of the tax burden on them – they pay an average of £140,000 in various taxes per pub per year.”

Taxation payable by pubs include beer duty, Business Rates and VAT - with one in every three pounds spent in a pub going straight to HMRC.

The Long Live The Local campaign is backed by a broad alliance of pubs, brewers and industry bodies which form Britain’s Beer Alliance.

The campaign states: “While pubs are about far more than having a beer, seven out of 10 alcoholic drinks sold in a pub are beers, so beer duty has a significant impact on our local pubs.”

Some 310 Fylde residents have backed the campaign, joining more than 239,000 across the country.