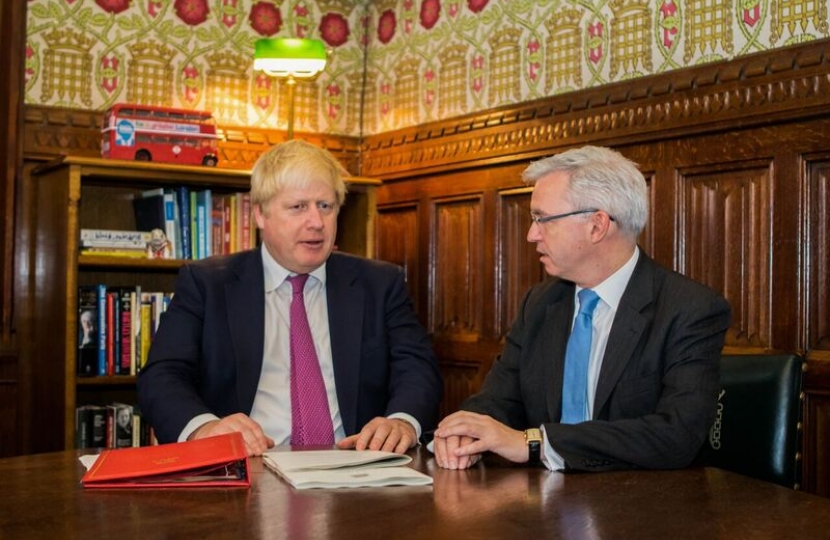 The Conservative Party has signed the Armed Forces Covenant – to the delight of Fylde MP Mark Menzies.

The Party is the first political party to formalise its commitment to the Forces family by signing the Covenant, to ensure they receive the recognition and respect they deserve.

Mr Menzies, who has taken part in the Armed Forces Parliamentary Scheme for the past four years, said: “Veterans have risked their lives for this country, and serving servicemen and women can be called on at any time to face untold danger.

“We must support not only them, but also their families whenever they need us, in light of the sacrifices they make for us.

“Having spent time with Army, Royal Navy and Royal Air Force personnel, I am delighted we have made this commitment.”

The Armed Forces Covenant sets out the right of those who serve or have served to respect, support and fair treatment. Its mission is to ensure those who serve and have served, and their families, are not disadvantaged compared with any other citizen.

In signing the Armed Forces Covenant, the Conservative Party has committed – among other things – to: striving to support the employment of Service spouses and partners; seeking to support employees who choose to be members of the Reserve forces, including by accommodating their training and deployment; and pro-actively marketing all vacancies to the veteran community.

Prime Minister Boris Johnson, as leader of the Party, and James Cleverly, the Conservative Party Chairman, signed the Covenant.