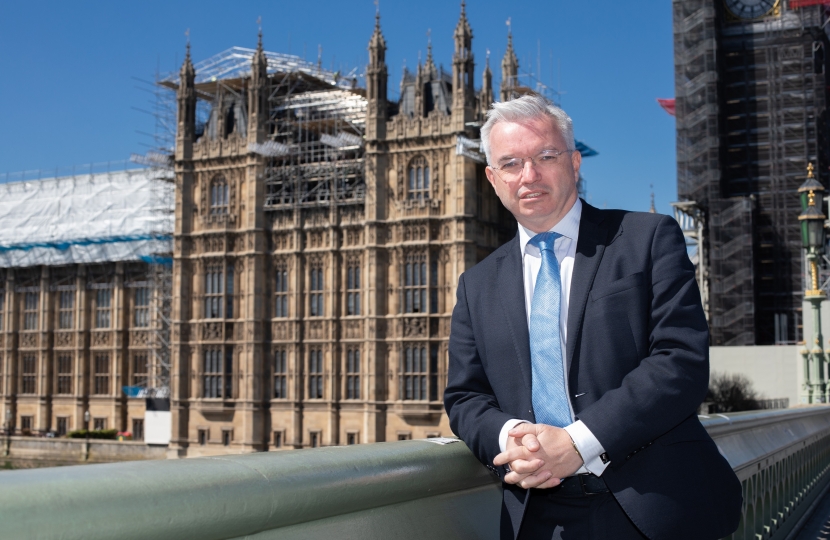 Fylde MP Mark Menzies highlighted the importance of international trade for Fylde as he spoke in the second reading of the Trade Bill in Parliament.

Mr Menzies spoke in the debate via Zoom conferencing after Secretary of State Liz Truss introduced the Bill.

He said: “In my part of Lancashire, international trade is critical for jobs and prosperity. I am host to fabulous, world-class companies, such as BAE Systems and Westinghouse, the nuclear fuels manufacturer, and smaller companies such as Tangerine Holdings.

“The Bill is very much about the whole nature of international trade—getting that right and building a framework that will stand the test of time—and that is one reason I support its Second Reading.

“It is also my privilege to serve as one of the Government’s trade envoys. Indeed, the Secretary of State, in her opening remarks, referred to Chile as an example of one of the 48 countries with which a continuity agreement has been put in place. I would say to her that some of my other countries, through the Andean trade continuity agreements, also have arrangements to ensure a smooth transition when the UK eventually leaves the EU at the end of this year.

“That has not happened by chance. Those agreements are in place because of the dedication and hard work of people in the Department, not just in London, but especially in post. I take this opportunity to pay tribute to the men and women, many of whom are nationals of the countries they represent, who work tirelessly and understand the nature of their countries in a way that is sometimes difficult to comprehend from London.

“We also have to recognise the Trade Bill is only part of the picture. Measures such as the many double taxation agreements are really important to ensuring a smooth transition and the financial flows that will come from trade. The Government have been working very hard on that in the last couple of years, but there is still more work to be done in other key markets across the globe.”