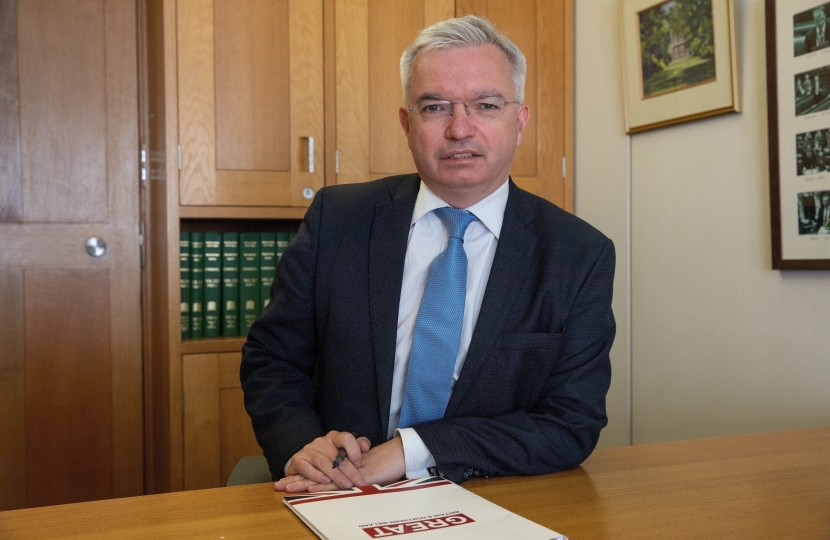 Fylde MP Mark Menzies has written to the Secretary of State for Health calling for a full review of dementia care and the creation of a Dementia Fund to ensure those living with the condition receive better and fairer care.

Mr Menzies joined a group of cross-party MPs in writing to health minister Matt Hancock to calling for improved support for people with dementia and concerted government action to tackle the dementia care crisis.

Mr Menzies and his fellow MPs wrote: “There were more than 70,000 avoidable hospital admissions of people living with dementia in 2016/17. These admissions, due to falls, dehydration and infections, could be prevented through quality, personalised care.

“A quarter of hospital beds are occupied by people living with dementia, and we believe that better care in the community would help reduce the resultant strain on NHS resources.

“In the absence of a cure or treatments that slow down the progress of dementia, people diagnosed with the condition are primarily cared for through the costly social care system rather than the NHS.

"Care typically costs far more for people with dementia than for those without the condition; Alzheimer’s Society believes that people living with dementia pay, on average, an additional 15 per cent ‘dementia penalty’ to cover the associated costs of specialist care. In some areas, this can reach as high as 40 per cent.

“People with dementia typically spend £100,000 on the care they need - with some paying far more. In many cases, people can spend all their savings on care, with some left with no choice but to sell their home to cover the costs. And with care home costs spiralling to an average of nearly £1,000 per week, this is an issue that cannot wait.”

Mr Menzies said he backed the Alzheimer’s Society’s proposal of a Dementia Fund to support the additional costs of paying for specialist dementia care.

The fund would be available to individuals post-diagnosis, to enable their continued independence in the community for as long as possible through multi-disciplinary care outside of the hospital environment.”

“We must ensure those living with dementia and their families do not face more expensive or poorer care.

“I have always been a supporter of the Alzheimer’s Society and held the first Dementia Friends session in Fylde.

“The more we understand about the condition and its effects, the better equipped we all can be to help those living with it – and the better we can all help them to live independently for longer.”