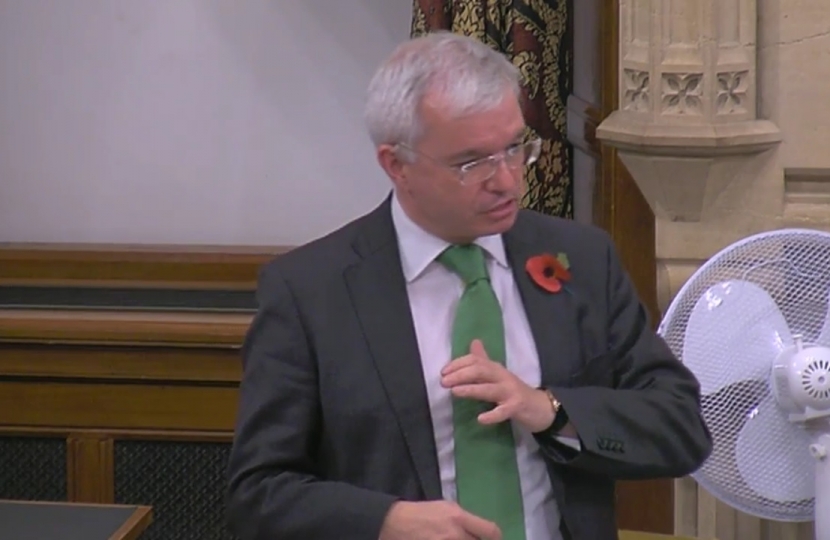 Such rights would preclude local communities from having input into the plans - on matters such as traffic management.

Mr Menzies called the debate having previously dubbed the idea 'bonkers' during consultation.

Summing up at the end of the debate, attended by members from political parties across the House: "The most important thing for me is making sure local people's voices are heard.

"It's also really important we have a planning system that works.

"At the moment, there is concern that local voices aren't being heard.

"Let's hope that the Government and the minister have listened to the concerns expressed by members on all sides of the House and let us see what comes out.

"It is very important we have a shale gas planning system that is functional and works, that people know where they stand, that isn't full of inconsistencies, the kind of which we currently see.

"It is in some places causing extreme distress to local communities such as that at Roseacre Wood where a decision hangs over them more than four years later.

"I want a planning system that takes into consideration some of the wider issues such as traffic management plans, that takes into account proliferation so we don't get well pads popping up in highly dense fashion across areas.

"I want a planning system that recognises, as they have in Kirby Misperton, that there has to be a set distance from residential properties, and that may well put restrictions on the industry that means there will be swathes of the country that have shale gas but it would be inappropriate to develop it.

I promise the minister that I will continue to work constructively with Government as I have done over the past eight years to try to make sure local people are heard; that discussions are taken in a positive and sensible way, and in that light I would say to the minister that moving to permitted development just sits so uncomfortably. It jars with everything I believe in and I hope that the Government believes in.

"I would look to finish by asking the Government to listen to the views of local people, and accept that the planning system at the moment is disfunctional when it comes to shale gas.

"There are many views in this debate but the one thing that is very, very clear is permitted development is not the way forward. The planning system needs to be fixed and I hope the minister is the man to do that."

Mr Menzies also stated during the debate that any calls for alterations to the traffic light warning system - which forces hydraulic fracturing operations to stop in the event of any tremors recorded above 0.5 on the Richter Scale - have come too late and the bar should not be moved.

I initially became aware of the shale gas industry operating in Fylde shortly after my election to be the Member of Parliament in 2010.