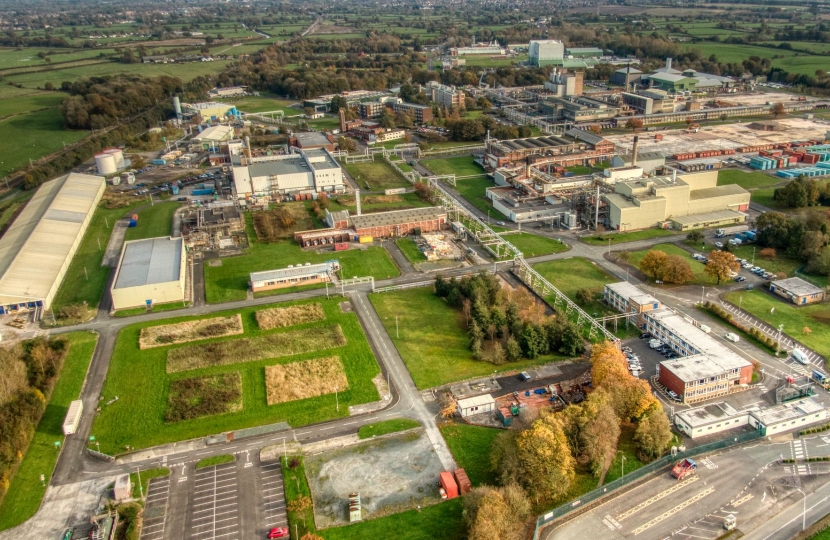 The Westinghouse plant at Springfields near Salwick is the UK’s only nuclear fuels production site and Mr Menzies hopes the funding which runs until 2025, will secure the future of the site and its workforce.

He said: “I have been working incredibly hard alongside trade unions, Government representatives and Westinghouse to deliver support for the industry.

“I have always been clear there is a very bright future for our nuclear industry, which sustains thousands of highly skilled jobs at Springfields and in the wider supply chain.

“It is down to the dedication of all involved that we have reached this point.

“This is recognition of the importance of nuclear fuel manufacture in the UK and to the status of Springfields as a national strategic asset.

“I am grateful that this budget is investing in jobs and skills here in Fylde and that the Government has listened to and acted on the case we have made.”

The funding will be provided through the Department for Business, Energy and Industrial Strategy and is part of a wider package of investment in the UK nuclear industry, which is seen as a key part of the Government’s green agenda.

A number of funding measures to support future UK nuclear development were announced as part of the budget. They included £1.7 billion to enable a large scale nuclear project and £385m through the Advanced Nuclear Fund to bring other projects forward. The cash injection will boost the potential to deliver a new reactor at Sizewell C as well as schemes such as the project at Wylfa in Anglesey, backed by Westinghouse and a potential development at Moorside in Cumbria. £120m was also announced as part of the Future Nuclear Enabling Fund to support projects like Rolls Royce’s Small Modular Reactor, which could bring down the cost of future nuclear development in the UK.

The separate Nuclear Finance Bill, announced this week, will make it easier for firms to secure the huge capital investments needed to bring such projects to completion.

Mr Menzies said: “Clean, efficient nuclear power is now a key part of the Government’s net-zero strategy and the fuels which will power these next generation of plants can and should be manufactured here in Fylde.

“The key now, as demand for fuels declines in the short term, as older plants are decommissioned, is ensuring we retain the jobs and skills at Springfields, to be ready to supply the next generation of nuclear sites.

"This investment goes an enormous way to achieving that goal.”

This week we have seen the State Opening of Parliament, an important occasion on which the Government lays out its plans for the future. While it is always a grand occasion this week’s ceremony was touched with sadness as Her Majesty the Queen was unable to attend in person.