MY WEEK IN WESTMINSTER 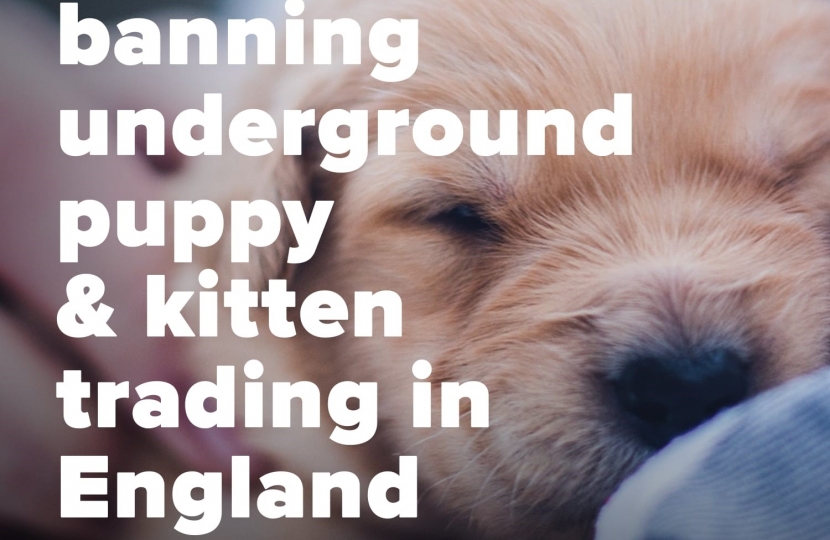 I'm pleased to see the Government taking steps to stop the sale of puppies and kittens from unscrupulous breeders.
This will make life far more difficult for the appalling puppy and kittens farmers who have scant regard for the health and wellbeing of the animals they sell.
It is a step in the right direction, which will help those looking for a new pet, and will also favour the genuine breeders out there who do have the best interests of the animals they own at heart.
The action to ban underground puppy and kitten trading will make it incredibly difficult for people to profit from this miserable trade.
We've also announced this week that so called 'pet training collars', or 'e-collars' which can be used to administer electric shocks to pets are to be banned. Not before time.
And there's more good news on animal rights - up for debate in the Lords once we return to Parliament is a bill concerning dealing in elephant ivory (including buying, selling and hiring) which, when passed will be an offence punishable by a custodial sentence of up to five years and/or an unlimited fine, or a civil penalty of up to £250,000.
And it is down to you all. The Ivory Bill follows the result of a consultation in which more than 70,000 people and organisations responded. More than 88 per cent of responses were in favour of bringing in legislation to ban ivory sales in the UK.
This will be the strongest legislation against the trade in ivory in the world.
I 'd like to say congratulations to all of those students who have received their GCSE and A Level results in the past few weeks. I'm sure there are a lot of proud parents out there right now, and congratulations to them too - the support they give to students is incredibly important.
And on that note, congratulations to the legion of teachers and support assistants who have helped our young people achieve so much. It is their dedication and hard work with our students which is to thank for the stunning results we have seen. I have seen some astonishing successes at our schools and will be writing to them to pass on my congratulations.
Don't forget, even though everyone is in back to school mode, we still have a major event of the summer left here in Fylde - the St Anne's Kite Festival which takes place this weekend. It is well worth a visit with international participants and needs as much support as we can give it.