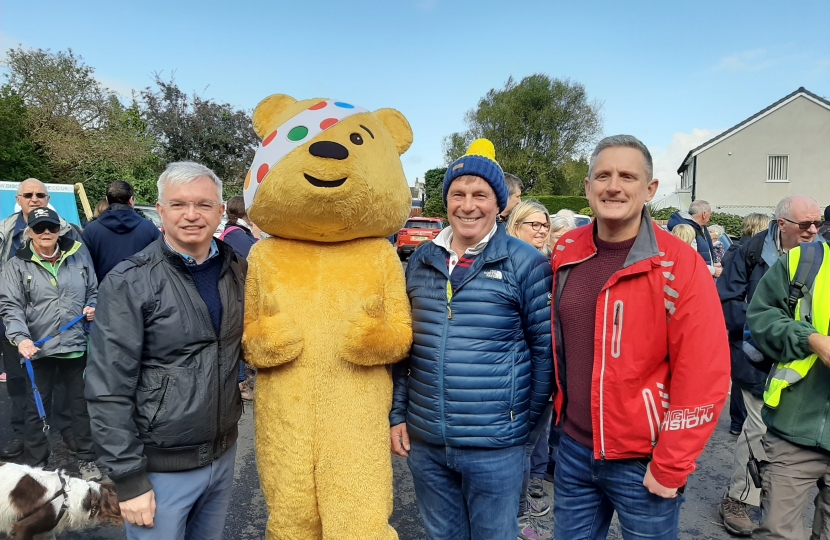 The flooding across many areas of Fylde in the past week is a real concern.

I have written to Lancashire County Council as our flooding authority, the Environment Agency, United Utilities and have notified the Secretary of State of the issues we face.

I have asked all of the agencies to come together to form a masterplan for Fylde; it is clear the issues at Park View in Lytham lie largely with United Utilities, that issues in some of the rural areas lie with the Environment Agency which has responsibility for drainage ditches, and that other areas need work from Lancashire County Council, such as gully cleaning.

I hope that working together these three bodies could better co-ordinate their efforts, find areas where they can work together for speedier and more cost-effective results, and ensure works do not counteract each other.

It was wonderful to see so many people take part in the River Ribble Ramble in Freckleton on Sunday.

The event, organised by the Fylde Ranger Service and Coun Tommy Threlfall, was a huge success, attracting hundreds of people to the area and raising, with the total still rising, close to £1,500 for Children in Need.

It was great to see so many people attending from all over Lancashire – another great event bringing people into Fylde, and to Freckleton in particular, given many of our large events are in Lytham and St Annes.

It was a real pleasure to chat to those taking part and staging the event.

The three-mile and one-mile walks along the Ribble were a huge success and my congratulations to all involved in the organisation. I’m sure it will become a firm favourite in the calendar.

The noises coming from the European Union in response to the Prime Minister’s proposals to get Brexit done with a deal are not good. It is clear Boris has made concessions in order to get a deal, but it is sadly also clear that the European Union is not prepared to make any concessions from its own side – even when we suggest mechanisms which are working and in place elsewhere in the EU.

It’s very telling when the likes of EU vice president Heidi Hautala did a round of interviews criticising the detail of Boris’ deal – but was forced to admit she had not even read the proposals.

It’s all the more galling to now be told by Labour MPs that the only deal we can do is the one which Theresa May negotiated. These MPs rejected that deal, which I voted for, three times. They cannot now complain it is the only way forward.