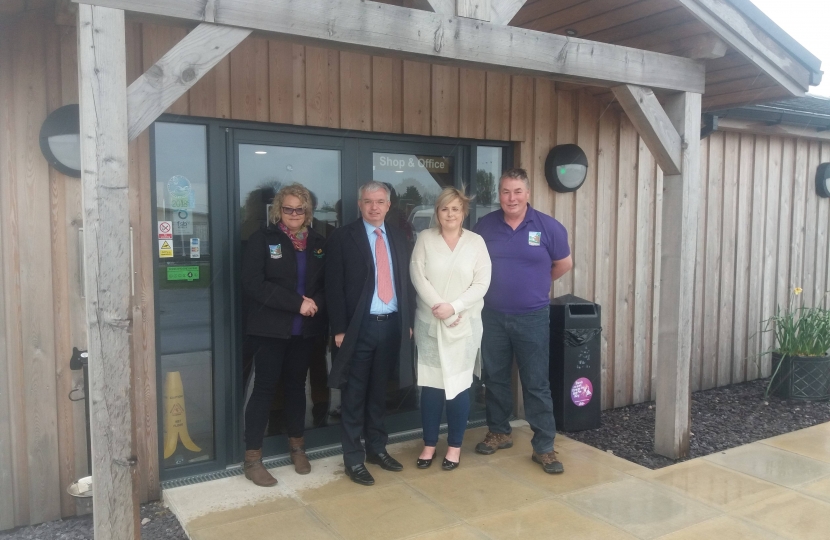 I visited Donkey Creek Farm in Freckleton this week to look at a growing tourism business which is set to expand, creating more jobs and bringing investment to Fylde.

The family owners of this caravan park have worked with local businesses, including a nearby pub and butcher, to ensure visitors spend their money here on the Fylde coast.

It is measures such as this which help the area thrive – ensuring that neighbouring businesses, who will no doubt return the favour for other businesses, get the benefit, and I applaud them for it.

While out and about back home I’ve recorded a number of issues with roads and potholes again; please make sure you record any issues with Lancashire County Council, or let my office know.

I’m pleased to see resurfacing scheduled for Albany and Church Road in St Annes in the coming weeks, and also at Clitheroe Road outside Clifton Primary School. Initially being patched up, I contacted Lancashire County Council about the state of the road and surveyors have decided a full resurface is in order.

Last week we saw Government borrowing fall to its lowest rate. That means more money to spend on vital public services, rather than on servicing the enormous level of debt which the Government was saddled with by the former administration.

At the same time, household earnings are rising at their fastest rate in a decade and consumers increased their spending in the economy last month.

Last week we saw borrowing fall to its lowest rate, household earnings rise, and exports by British companies increase showing that our balanced approach to the economy is working.

I often hear people lament the lack of exporting from our country any more – but that is not strictly true. Exports by British companies rose by £16.5 billion in 2018, as we are leading the way in creating jobs, growing our economy and ensuring prosperity across the country.

Here’s hoping that by the time you read this, AFC Fylde have dispatched Harrogate Town in the National League playoffs.

I’m writing this column ahead of the game and hope the Coasters make it through.

It was at this stage last season the team was beaten by Boreham Wood – I’m sure, given their fantastic cup run to the FA Trophy final, and their recent wins over the likes of Salford City and Eastleigh, they would thrive in the Football League.

I hope the Coasters did it – and I look forward to watching them in the final on May 19.