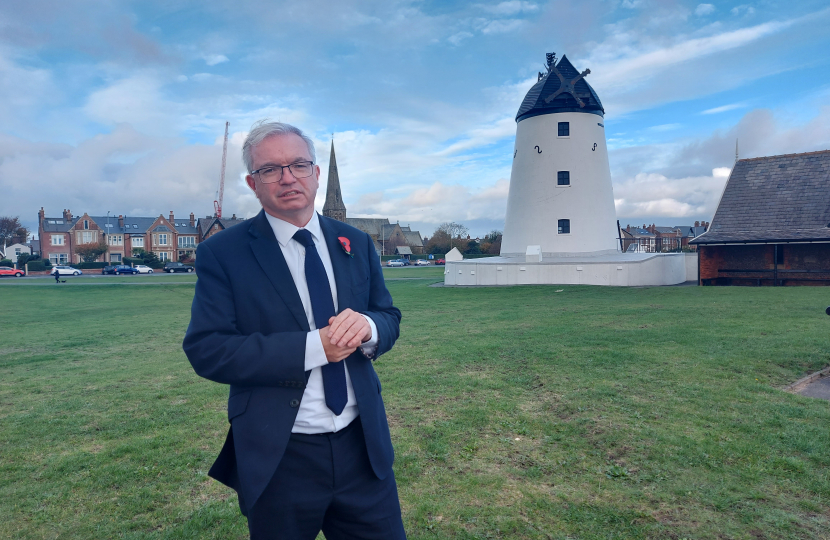 The past week has been dominated by events in Ukraine. I am shocked and appalled at the Russian invasion and the bombardment of cities such as Kiev and Kharkiv. The international community has quite rightly condemned Vladimir Putin’s unwarranted aggression and has rallied to the cause of the Ukranian people.

The Prime Minister’s response has been swift and uncompromising, unleashing on Russia and its leaders an unprecedented package of sanctions while providing essential supplies, military and humanitarian, to those in Ukraine battling for the freedom of their homeland. The anger here in the UK and across the western world at what is happening, on European soil, is clear. I know many here in Fylde are worried not only by what might happen next, following fierce resistance on the ground, but by the unfolding humanitarian crisis at Europe’s borders.

I am heartened by the response of our local community here in Fylde who have already rallied round in an effort to ensure vital supplies reach those in greatest need. I am pleased to support the efforts of those involved in the Fylde for Ukraine campaign who over the coming days will be collecting essential goods and driving them across Europe to the Polish border where hundreds of thousands of refugees have already arrived.

While the front line may be hundreds of miles away, the impact of this new war in Europe will be felt here in Fylde. Sanctions on Russia will have economic repercussions and for people in Fylde already struggling with the increasing cost of food, fuel and utilities, these are undoubtedly worrying times. The Government has made clear it wants to support those struggling with the rising cost of living and I want to hear how Ministers intend to ensure local families are protected from the worst impact of this crisis in the weeks and months to come.

These events do, of course, bring back into sharp focus the issue of energy security. The United Kingdom is not reliant on Russian oil and gas. But increased demand for alternative sources will inevitably lead to further rises in global wholesale prices. I do not agree with the growing calls to resume fracking, certainly not here in Fylde where it has already been proven that out local geology is too unstable to support it . Instead I support the Government in its focus on delivering a new generation of nuclear power stations, delivering clean, affordable, reliable energy, powered by fuels produced here in Fylde. The decision to safeguard jobs in Fylde’s nuclear industry looks increasingly important, a smart investment at a time of global uncertainty.

Nobody can predict how this will end, as Europe potentially enters a new era. All we can do right now is stand with the people of Ukraine. Their fight may well determine all our futures.