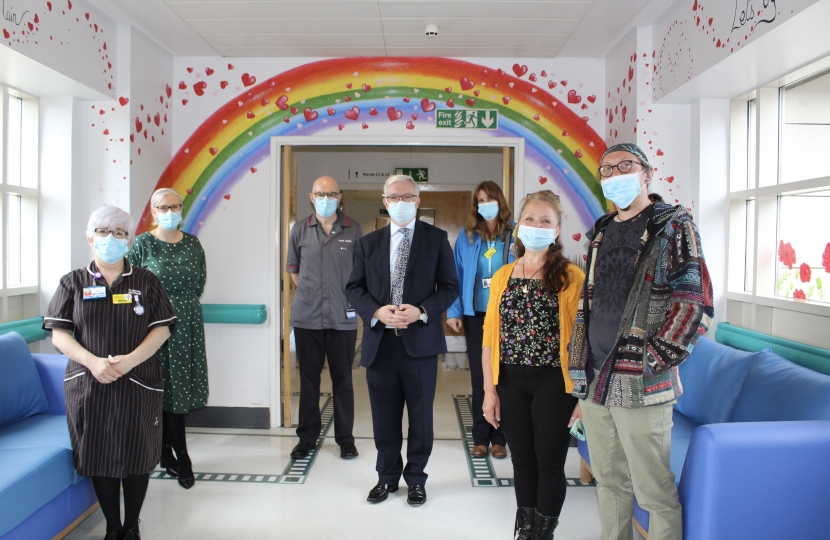 He said: "This is a wonderful new area of the hospital dedicated to a wonderful fundraiser.

"I cannot praise enough the works of matron Maria Jennings and her team, looking after some of the most vulnerable members of our society. I hope this new area gives those staff and their patients a lovely area in which to relax and take a break."

The link corridor on the second floor has been redecorated, supplied with comfy chairs and painted by two volunteer artists with inspirational quotes, portraits and poppies. It has been named after Sir Tom for his fundraising efforts, some of which have supported staff and patients at the hospital via the Blue Skies charity.

The space can now be used as a rest area by staff, as somewhere different for patients to relax, and is to be used by the physiotherapy and occupational therapy teams.

The corridor was opened on the anniversary of Captain Sir Tom Moore's birthday.