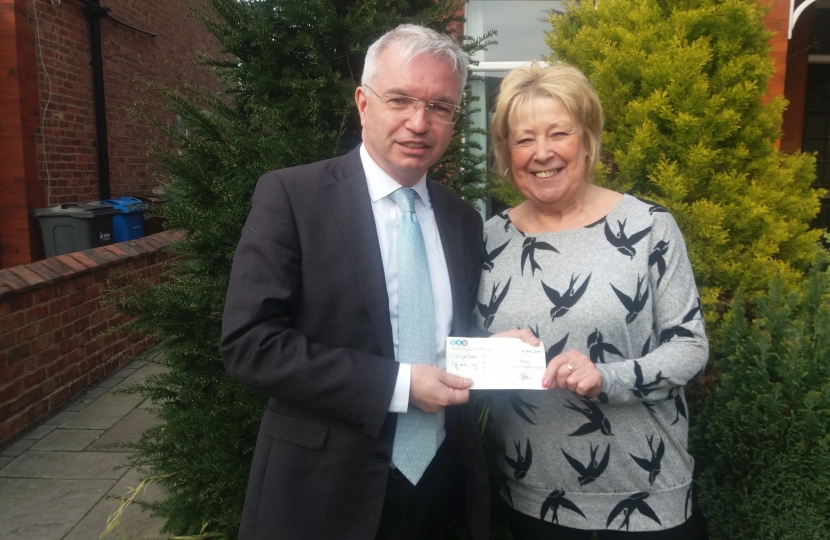 Fylde MP Mark Menzies handed over a £50 donation from the 41 Club to Just Good Friends.

Mr Menzies gave a talk at the 41 Club Charter Dinner and received the donation for a charity of his choice.

Mr Menzies spoke to the group, all former Round Table members, about life in Parliament as Brexit was debated.

He said: “It was an honour to address the 41 Club members and I thanked them for all of their charity work in Fylde.

“I am a patron of Just Good Friends, set up by Bev Sykes in 2012 to combat loneliness in Fylde.

“Since then, Bev has worked tirelessly and the group has grown and grown and supports hundreds of members.

“I was delighted to hand over the cheque from the 41 Club to Bev to further help Just Good Friends achieve its aims.”