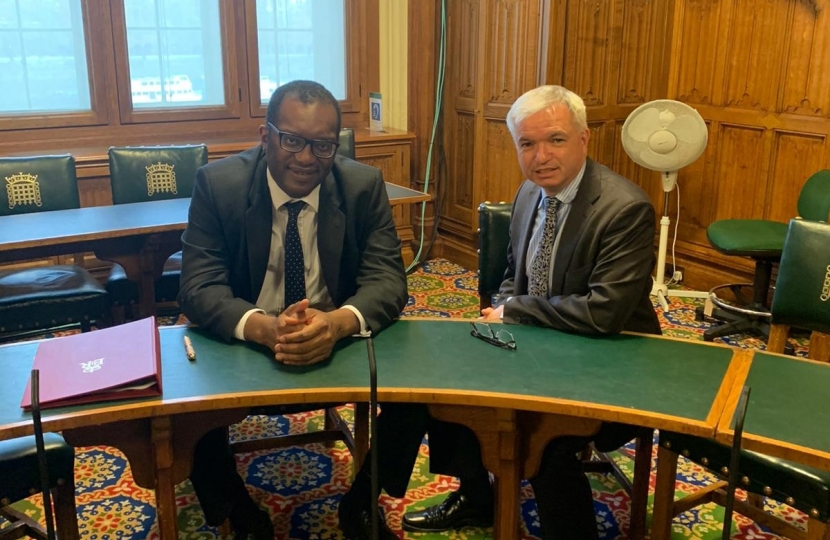 He said: “I met with the Minister to highlight the concerns of constituents following the 2.9ML seismic event earlier this year.

“I am deeply concerned following that incident, and smaller ones before it, that the evidence now suggests the geology of Fylde is unable to support a safe shale gas industry.

“It has been nine years, in which time I have campaigned for regulation after regulation and it is clear now more than ever that industry cannot control the seismic events that occur when fracturing takes place on the Bowland shale.

“When I met with the Minister, I called for the revocation of the hydraulic fracturing licence in Fylde and asked that a moratorium is once again placed on the industry.”

Mr Menzies previously met with the regulator, the Oil and Gas Authority, following the 2.9ML seismic event. He asked that all regulatory regimes, including the traffic light system which demands the automatic cessation of hydraulic fracturing following any seismic events over 0.5ML, be maintained and a ban remain in place while the authorities investigate the most recent event.

Last year, he held a Parliamentary debate calling on the Government to reject any proposals to give the shale gas industry permitted development rights.

Fylde MP Mark Menzies has written to the Government to ask for a cut in beer duty.

Mr Menzies wrote to Chancellor Sajid Javid in support of the Long Live The Local campaign, aimed at supporting the pub trade.