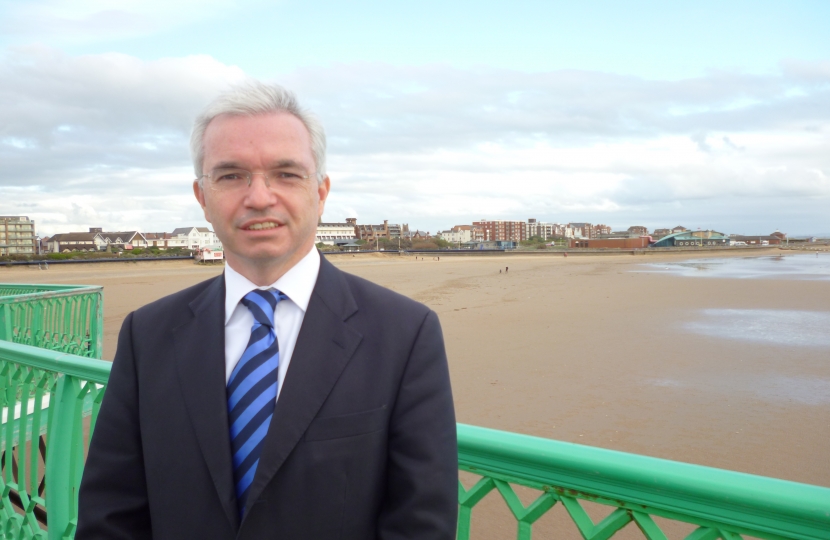 Mark Menzies has revealed his delight after Lancashire County Council officers submitted a report for the start of works on the M55 link road.

The report, which will be presented to the authority's cabinet on September 3, has a recommendation to start the tendering process for the first £11 million of works on the £24.5 million road.

Mr Menzies said: “This is fantastic news. When Lancashire County Council start the tender process for the groundworks, that means construction of the M55 link road is officially under way.

“I was delighted to see the pre-works completed last year, removing National Air Traffic Control cabling from the site. Following that work, we unfortunately lost two of the funding packages towards the £24.5 million road. I lobbied the Prime Minister and senior ministers and I’m delighted they responded to replace those lost funds, giving us a fully-funded scheme once again.

“With those funds replaced, we can press on . This has been the most frustrating project I have worked on as an MP – but this is moment we’ve all been working towards for so long.”

He raised the need for the road link with Prime Minister Boris Johnson during the Queen's Speech debate and at Prime Minister's Questions, discussed the need to replace the lost funding with Chancellor Rishi Sunak, wrote to Northern Powerhouse Minister and Transport Minister Grant Shapps, and met with tourism minister Helen Whateley to highlight the need for better infrastructure into Lytham and St Annes.

The report to Lancashire County Council's cabinet summarises the funding arrangements and risks, tendering evaluation process, background to the scheme and contract detail. It can be found in item 5 (Procurement Report) of the cabinet agenda https://council.lancashire.gov.uk/ieListDocuments.aspx?CId=122&MId=10351&Ver=4

County Coun Peter Buckley, who represents St Annes North, is a cabinet member and fully backs the report. He said: "I know only too well how congested Queensway can be and as one of eight cabinet members on the County Council, I will be voting for the recommendation and will be encouraging the other cabinet members to do likewise."

The County Council is the lead authority on the M55 link road project and is the one of the main funding bodies for the road, along with Highways England and Fylde Council. The Government stepped in after Mr Menzies' lobbying to replace funding which fell away and was previously awarded by Homes England and the Lancashire Enterprise Partnership.