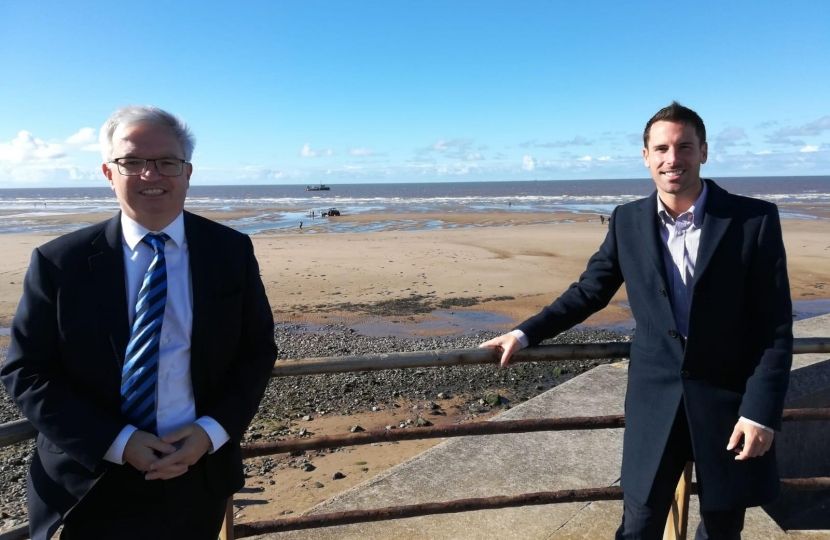 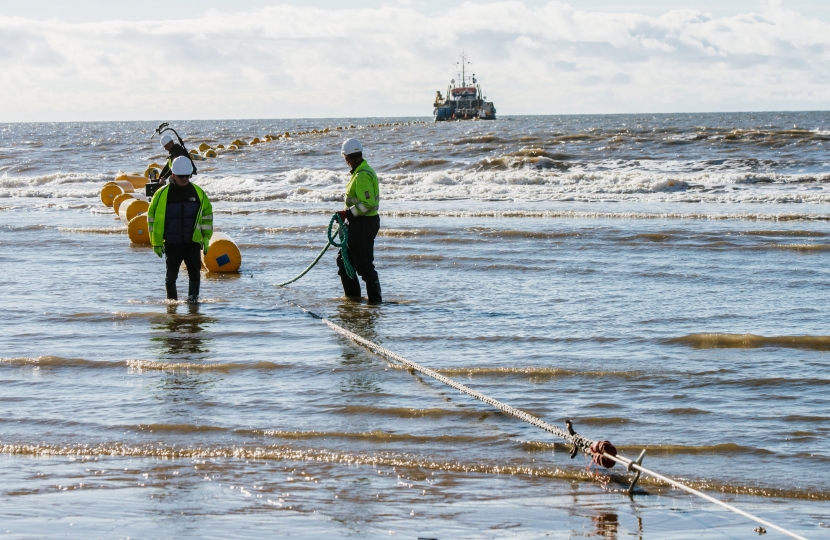 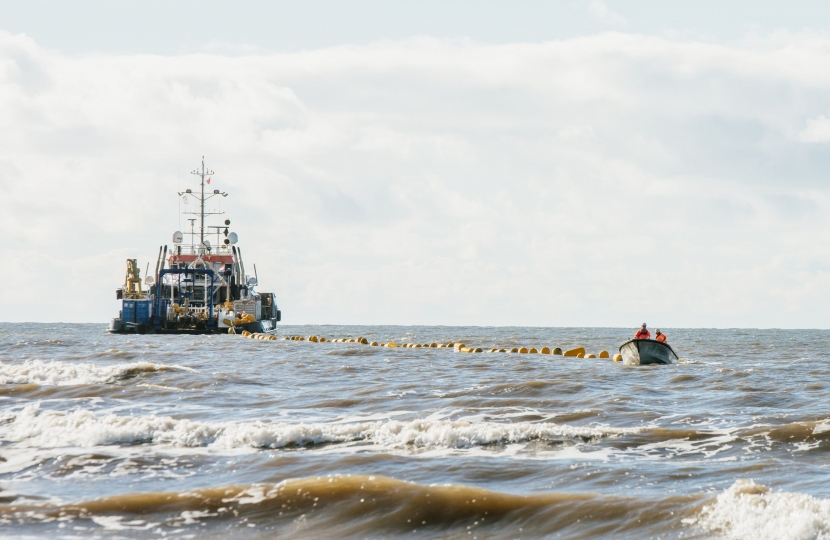 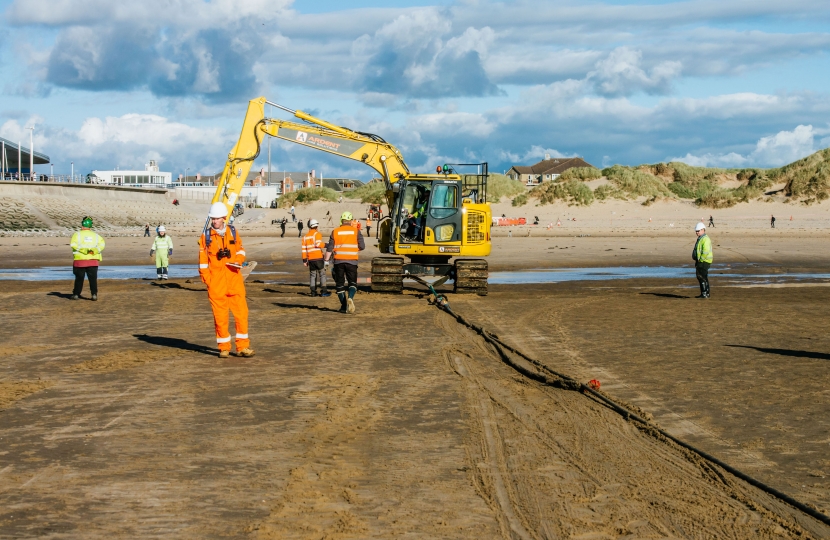 Fylde MP Mark Menzies has hailed the arrival of a new fibre optic cable to the Fylde coast as a catalyst for jobs – and better broadband speeds across the constituency.

Mr Menzies watched as the subsea fibre optic  Irish Sea cable network was brought to the beach at the boundary of Fylde and Blackpool, before being connected to the network in Blackpool Airport Enterprise Zone.

Mr Menzies said: “This cable gives us a quicker transatlantic connection with the US than London and that is a real attraction for businesses who rely on superfast broadband speeds.

“It will provide us with a stable and state-of-the-art broadband network which is better than anywhere else in the UK.

“We’re already discussing areas of Fylde which need broadband improvements, so this will also significantly improve connectivity for residents as well.”

The cable has the capability to deliver some of the world’s fastest, most resilient internet speeds, securing the Fylde coast’s status as a key international route linking the UK to the rest of the world.

The crew of a ‘rear end barge’ landed a subsea fibre optical cable onto the beach, to connect it to an existing ducting network laid under the sand dunes and up to a dedicated cable landing station at Blackpool Airport Enterprise Zone.

This network is being built by Aqua Comms, owner and operator of their North Atlantic Loop fibres, an Irish company and worldwide specialist in the building and operations of submarine cable systems. The multi-million pound investment to connect Fylde to the network means the area can now offer faster transatlantic switching speeds to New York than via traditional routes like London, on a network route that has the capability to carry more than one third of the world’s internet traffic.

Andy Hudson, Chief Network Officer at Aqua Comms said: “The ongoing pandemic has shown us just how much the world relies on the internet in our daily lives both at home and at work. As our reliance on technology grows greater, the world of telecoms continues to change at a rapid pace, internet connectivity needs to be secure yet agile, flexible and resilient and nowhere is this more critical than in the transatlantic market, one of the busiest oceanic data routes in the world, linking North America to Northern Europe.

“This new fibre connection into Blackpool is faster than many of the existing undersea UK cables which were laid around 15-20 years ago and which are now coming towards the end of their life for operational or commercial reasons. The combination of the shortest, direct route to the USA, and the newest technological assets and engineering capabilities available on the market, makes this a significant 30+ year investment which could benefit Blackpool.”