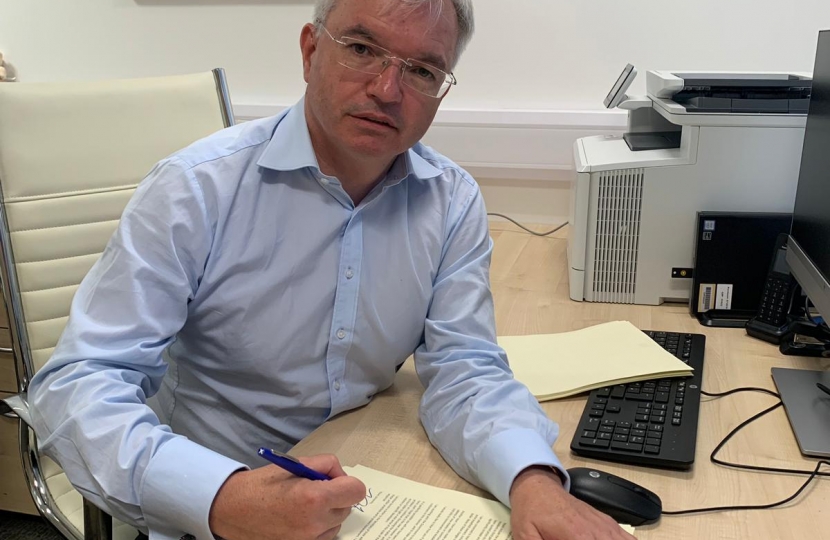 Fylde MP Mark Menzies has written to the Government to ask what action is being taken to stop unscrupulous developers from profiting from leasehold agreements.

Mr Menzies has written to housing minister Robert Jenrick after residents raised issues including charges for redecorating their own homes, and spiralling ground rent costs.

Mr Menzies said: “I’ve written to the Secretary of State for Housing Robert Jenrick to ask what action the Government is taking to tackle leasehold issues.

“I’ve been appalled to hear from some residents, especially in new-build homes, about how their leaseholds have been sold on to third parties and how they live with rapidly-escalating ground rent bills and completely unacceptable conditions in their leaseholds.

“Some residents have had to pay hundreds of pounds to redecorate rooms inside their own homes, to pay a fee to have a pet or if their pet dies, or pay a fee to replace a broken boiler. Some have to pay a fee to ask if they need to pay a fee. None of this is acceptable.

“I have asked the Government to outlaw these conditions in leaseholds, and I have also asked that leaseholds are kept at a peppercorn level.

“If this problem is not tackled now, some residents will face ground rents akin to a second mortgage and face never truly owning the home they have bought.”

In recent years, many developers have sold their leasehold rights to their estates on to third parties who then increase charges exponentially. In many cases, those residents purchasing their leaseholds have done so only to find while ground rent charges are dropped, the ridiculous conditions attached to the leasehold remain in place.

Mr Menzies has written to residents in new-build homes and some apartment complexes to ascertain how big the issue is in Fylde. He has also been working with residents groups fighting for leasehold reform.

He added: “I have been speaking to ministers for some time on this issue and know we are reforming in this area, however I’ve now written to many residents in Fylde to ask if they are facing similar issues so that I can present my findings to Government.

“I want to let the Government know about the scale of the issues we are facing, and I also want to be able to report back to those residents about what action is being taken to stop unscrupulous developers from targeting residents – their own customers – with unnecessary charges in future.”