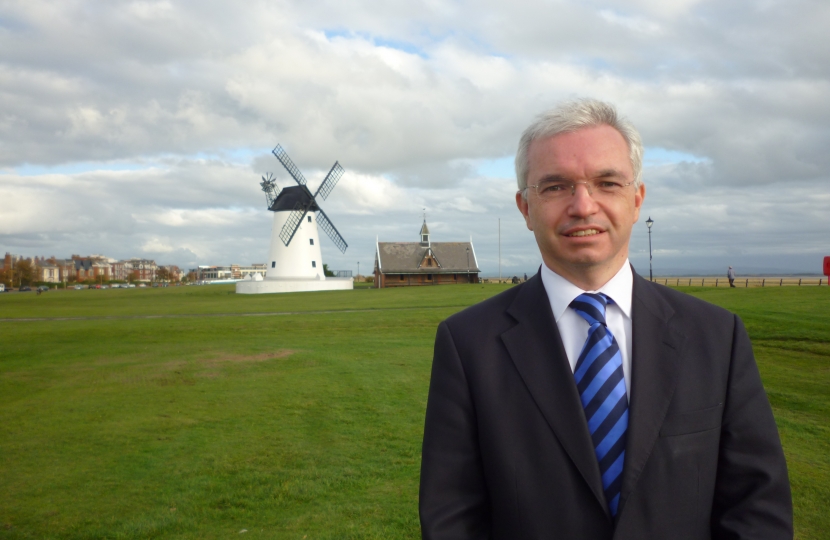 This is the fourth time I have been elected as member of Parliament for Fylde; it is a very humbling experience. It is also a huge privilege to serve the people of Fylde and something I would never take for granted. I was re-elected with my highest ever majority and vote share – that is a very strong mandate to fight on Fylde’s behalf on a number of national and local issues.

Thank-you to everyone who braved the appalling weather to vote. Whichever way you voted, rest assured I am here to help you however I can.

The key thing for me now is for us to get Brexit done, and get through the deadlock that has damaged Parliament for years. We need a positive new relationship with our European neighbours and the rest of the world. A confident, positive outward-looking global Britain is what we should be.

Getting that Brexit process underway means we can concentrate on domestic issues – health, education and policing in particular. Top of my agenda in Fylde is to continue working with Lancashire County and Fylde Council to ensure the M55 link road is built.

We have invested a huge amount of time ensuring we got all of the public funding we needed for this vital road. But that money is only there for a set period of time, and we must work to unlock the investment from the developer – all of the various options on the table so far have not proved fruitful. We have completed pre-works on the scheme – there must be no more messing around and I will not allow anything to get in the way of this road being built.

I’m also keen to see the much-needed expansion and improvement of our rail services. Transport for the North has already acknowledged the need for services to at least double on the South Fylde railway line, and I will continue pressing for funding and working with partners to get a passing loop installed on the line. We will further explore the possibility of trams also using the line.

The regeneration of town centres is also high on my list, and I have already supported two successful bids which will release millions of pounds for Kirkham. We are also looking at St Annes and we need to bring in more investment to bring empty units back into use for retail and accommodation. I’ll be supporting more bids for Government cash for our high streets.

I also want to make sure our new police officers have a base in Fylde. We have already seen the first officers coming through after the Prime Minister pledged an extra 20,000 across the country. I’ll be fighting to have as many of those officers as possible back on Fylde’s streets and I have already had a positive discussion with the Police and Crime Commissioner on the matter.

On health, I want to see the development of Blackpool’s new A&E village to improve waiting times and treatment for those with mental health difficulties – the funding is there, and I will be pressing for more details about the scheme.

With regard to fracking, I called for a moratorium after it became clear the process could not be carried out safely in Fylde. That moratorium must remain in place.

I have also pledged to tackle issues of flooding across the constituency and already have a meeting planned with flood authorities to discuss several areas of concern in out towns and villages.

And I will continue raising the issue of leasehold reform after collating a huge number of responses from Fylde residents on the issue – we must ensure homeowners are protected from greedy developers and management companies.