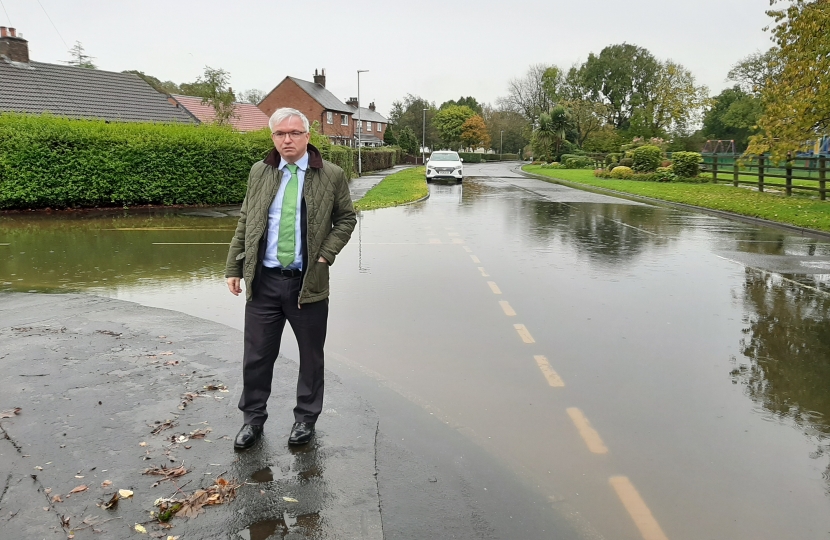 Fylde MP Mark Menzies has secured a meeting with the Secretary of State for Environment, Food and Rural Affairs to discuss flooding issues in Fylde.
Mr Menzies spoke in a Parliamentary DEFRA Questions session after arranging a meeting between flood authorities in Fylde to investigate flooding in areas including Wrea Green, Warton, Kirkham, Lytham, Freckleton and Staining.
In the Parliamentary session, Mr Menzies said: "In recent years, ministers have worked with me on the multi-million pound Dock Road pumping station and the £17.4 million Church Scar Sea Defences in Fylde.
"We now need that same level of focus to address the considerable amount of inland flooding in parts of Fylde.
"Will ministers meet with me to discuss how we tackle this challenge?"
Secretary of State for Environment, Food and Rural Affairs George Eustace replied: "I'm more than happy to meet my honourable friend to discuss these issues."
"Since 2010, the Government has invested £181 million in flood defences in Lancashire to better protect 37,000 homes, and over the next two years plans to invest a further £21.6 million to support inland, fluvial and coastal defence schemes to better protect 5,000 homes."
Mr Menzies has highlighted several areas of concern to ministers again after flooding across Fylde in August.
Last year Mr Menzies held a meeting with Lancashire County Council (which is Fylde's flood authority), United Utilities and the Environment Agency to highlight several areas of concern and plans were put in motion to address many of the issues. He is holding a further meeting with those agencies, and Fylde Council, this week, and a further meeting is being held next month focussing on Fylde's drainage system and outflows to the River Ribble.